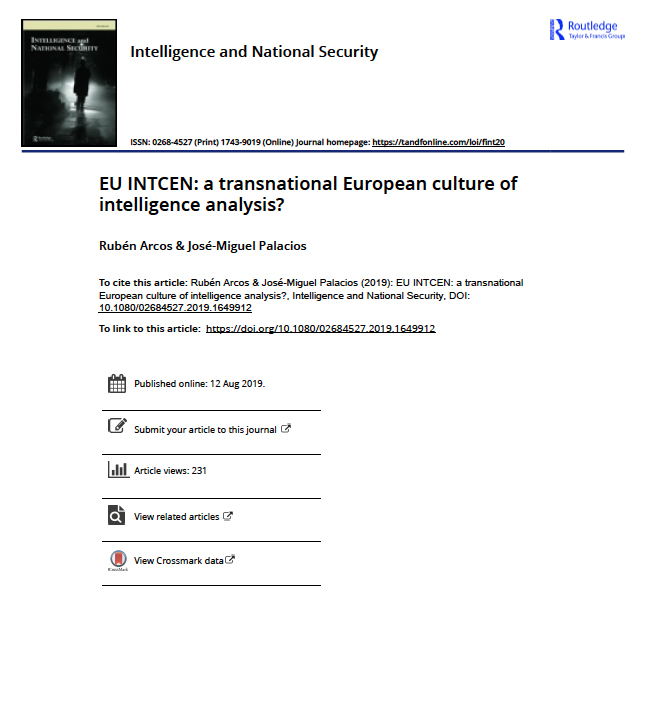 Abstract: This article aims to gain a better understanding of EU INTCEN’s analytic culture and the use of structured analytic techniques by EU analysts; an under researched topic in the intelligence studies literature. The Intelligence Analysis and Situation Centre of the European Union (EU INTCEN) is a directorate of the European Union External Action Service (EEAS) that has been characterized as an EU analytic structure similar to the State Department’s INR. The article reviews relevant literature and presents findings based on the analysis of a questionnaire on ‘Intelligence analysis and production in EU INTCEN/SITCEN, that was distributed to EU INTCEN intelligence analysts (EEAS officials having worked as analysts in EU SITCEN/INTCEN between June 2005 and June 2014), and in-depth phone interviews to better understand INTCEN analytical process. Analytic projects at EU INTCEN are initiated with Requests for Information to which replies can be received. The analysts count as well with previous contributions and assessments, open sources, and diplomatic reporting. Among other findings, the study reveals that SATs are little used in practice in spite of most EU INTCEN analyst has received some training on SATs.